Here are 15 Events That We All Miss Going To! 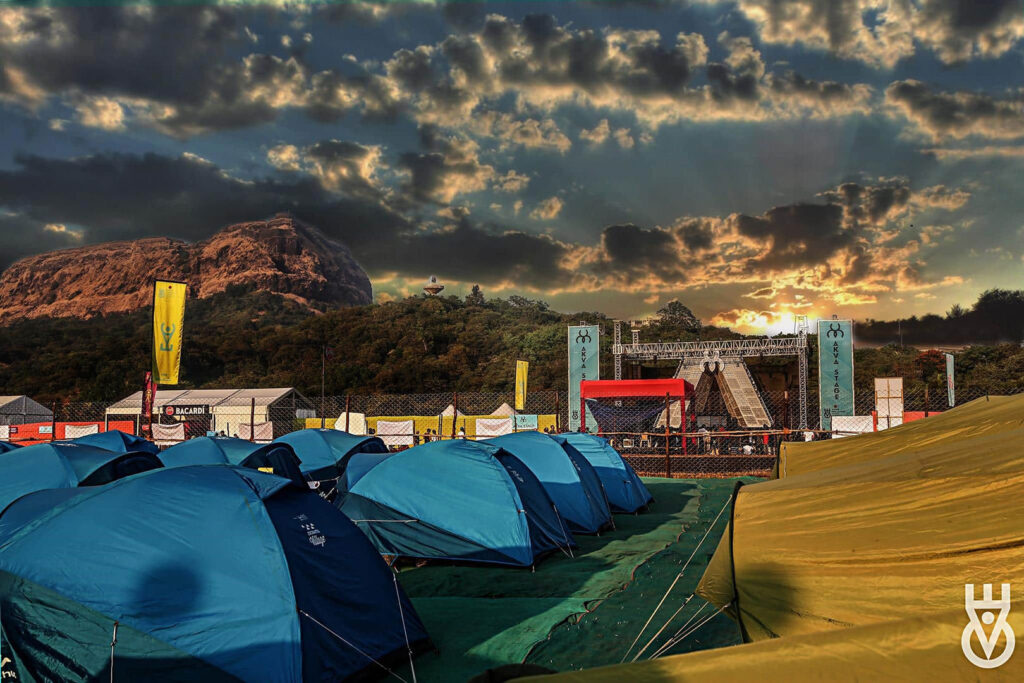 Alright! There aren’t just 15 events that we’re missing, but these are a compilation of the most loved ones that are pretty close to our hearts!

The lockdown seems to be going on forever even though the unlock procedure has begun, it’s been so long that the definition for ‘normal’ has changed drastically. Everything came to a sudden halt when the COVID19 struck the world. Among the necessities and other work sectors, one sector seems to have been lost somewhere in the struggle of getting acknowledged by the mass and the authorities; the Events, Music & Entertainment Sector.

Entertainment has always been an integral part of our lives for as long as we can remember. Humans have relied on different forms of entertainment for recreational purposes, to cool down or to relax. The one constant that took over the years is Food & Music festivals. Remember The Struggle to find a decent seat in the Metro on your way to JLN? The Crazy Long Queues? The Quirky Stalls? Lovely dates with bae? The Exquisite Diverse Cuisines? The Booze? And top of all your Favorite Artist and Band performing live for you?! Yeah us either! Seems like those fests happened years ago.

While we are unsure of how and when we’ll be able to attend those magical experiences again, here’s a list of all the events & fests that we’ve always loved and are totally missing right now!

Started at the outset as a fun food festival bringing together the cream of all the most popular and value-for-money food trucks out there around town, Horn OK Please is Delhi’s Happiest Food Festival! Horn Ok Please is Delhi’s Happiest Food Festival in town which has been adding joy to our mundane weekends from the past 7 Editions, ft. all kinds of food, a quirk bazaar, live music with the best Artist lineups including but not limited to Navraj Hans, Tarkash, DJ Sumit Sethi, The Storyteller, Suryaveer Hooja, Astitva & offbeat activities like Flash mobs, Zumba, crazy VR games and tons more!

The Epic Flea Market is a one-stop destination for all things boho ft. exclusive home-grown brands showcasing clothes, accessories, home decor etc. at awesome prices. A treat for shopaholics that offers chill music vibes with the most amazing Artists and curated pop-up shops around clothing, accessories, homeware, and much more from across India at discounted prices! Also including workshops, doodling classes, bok swaps, crazy tattoos, with food and drinks.

Who doesn’t love desserts? Now imagine a whole festival around the finest Desserts there are to be offered! And If that gets you going, if you dream of a world dipped in chocolate and if your happiness is wrapped in anything sweet then this festival is really for you. It aims to focus just on Desserts !! #DessertarianFest is a heaven for people who have a sweet tooth. The event is Power packed with entertainment that is not to be missed, with a series of live acts/performances lined up for the audience. And if that wasn’t enough there are photobooths, fun activities & cool games going on all day long which can get you some free Desserts!

ELP as the name says, Eat Love Party Fest is an International Food festival where you can eat all you want and party till you want with the people you love. Eat, drink and mingle with your squad at the ELP food festival while dancing to live music, enjoy celebrity performances and stand up comedy, cooking sessions, competitions, games and more!

The Grub Fest is India’s most Premiere Food Festival spanning across the nation to Delhi, Mumbai, Kolkata & Bengaluru! From popular eateries such as Pappa Roti, Uncle Jack’s, Enoki, Sushi Junction to newer food joints such as Namaste Asia, Bomberry & Fat Guy’s Kitchen, With multiple cuisine options such as  Lebanese, Chinese, Asian, Mughlai & more! While you gorge on your favourite dish, you can either unwind & chill while witnessing Indie Artists & Bands such as Chai met toast, B Praak, Ankur and the Ghalat Family, The Local Train, Lisa Mishra, Dr Zeus and many more who’ll make you want to groove in happiness.

NH7 Weekender is an annual, multi-city and multi-genre, music and comedy festival. It is among the largest South Asian arts festivals. It began in Pune, Maharashtra, India, as a three-day, multi-genre, music festival in 2010. The festival is held between October and December, and hosted in multiple cities alongside its flagship event in Pune. Delhi NCR, Bengaluru, Kolkata, Hyderabad, and Shillong have hosted the festival. The lineup includes a mix of established and emerging, sub-continental and global artists like Basement Jaxx,  Megadeth, Karnivool,  Chase and Status,  Amit Trivedi,  A. R. Rahman,  Farhan Akhtar, Shankar Mahadevan and many more.

Ziro Festival of Music is an outdoor music festival held in the Ziro valley in the northeast Indian state of Arunachal Pradesh. It showcases the independent music scene in India. The festival has featured artists like Lee Ranaldo, Steve Shelley, Damo Suzuki, Shye Ben Tzur, MONO, Divine, Sha’air n Func, Indus Creed, Peter Cat Recording Co, Menwhopause, Guru Rewben Mashangva, and Barmer Boys among others. It is spread over four days and is hosted by members of the Apatani people in Ziro. Ziro Festival is noted to be one the most eco-friendly festivals in India employing locally sourced material for the infrastructure. The festival has a zero plastic policy and encourages attendees to be responsible for leaving behind no waste. The journey to the Ziro Festival of Music is an adventurous one as There are no direct flights to Ziro, Arunachal Pradesh and one has to travel via train and then after a 3hr long journey by road you will reach the Ziro valley.

Road to Ultra (RTU) events are one day, single-stage events created and founded by the team behind the electronic dance music festival, Ultra Music Festival. Stage designs are also curated by the Ultra Worldwide team and are adapted to accommodate the needs of indoor and outdoor venues. RTU made its debut in 2012 in Seoul, Korea and its Indian edition was organized in 2017 with The Chainsmokers as the headliner.

Termed as  Asia’s largest festival, Sunburn is a commercial electronic dance music festival held in India. It was previously in Vagator, Goa, India every year, but now has been shifted to Pune in Maharashtra. The festival is an amalgamation of Music, Entertainment, Food and Shopping, and was ranked by CNN in 2009 as one of the Top 10 Festivals in the world. The festival grew to be ranked the 3rd largest dance festival in the world, after Tomorrowland and Ultra as per the IMS APAC Business Report 2014. Spread over 3 days, the festival has multiple stages with artists such as KSHMR, Dimitri Vegas & Like Mike, DJ Snake, Martin Garrix and more playing simultaneously.

Ruhaniyat – The All India Sufi & Mystic Music Festival is a music festival which is held across India. This Sufi festival is one of the biggest of its kind, and is held in Mumbai, Delhi, Bangalore, Chennai, Kolkata, Pune and Hyderabad. Musicians from various parts of India — sufi qawwals, mystic musicians, Kabir panthis, and Bauls — perform at the festival. The Ruhaniyat festival started in 2001, to promote sufi and mystic music has evolved into a prestigious event. Ruhaniyat means Soulfulness. The festival features the best of maestros in classical, folk and sufi music, discovered from the interiors of remote Indian villages, Turkey, Egypt, Syria etc.

Great Indian Rock (GIR) is the first multi-city rock music festival of India. It is usually held annually in cities like Delhi, Mumbai, Bangalore, Pune, Hyderabad, Kolkata and Shillong, with a cumulative audience of approximately 50,000 people. The first GIR was held in 1997 as a two-day festival in Kolkata. GIR started in the form of a competition amongst bands, where entries were called from all over the country in the form of physical cassettes and CDs. 12 bands were chosen out of more than a thousand entries, who would perform in a grand finale along with an international headliner which was the GIR Festival. Each edition of Great Indian Rock was also accompanied by an album compiling the songs of the shortlisted bands known as the “GIR Compilation,” consisting of 12 original compositions by 12 bands from various regions of India. Great Indian Rock stopped being a competition in 2007.

Music In The Hills

Music in the Hills is an annual Music festival in India organised at various exotic locations. Established in 2007, Music in the Hills tries to bring together good music, good listeners and great locations. Completely informal, the festival is wholly sponsored and supported by people who come and attend the event without any sponsorship from Corporates. It is India’s biggest independent music festival. The musicians are a mix of big stars to talented youngsters. Some of the artists who have performed include the Warsi Brothers of the Rampur Gharana, Raghu Dixit Project, Parikrama, and Soulmate, among others. The music is a mix of various genres like Qawwali, Classic rock, Blues, Indian Folk, Fusion and Pop.

Enchanted Valley Festival (EVC) is India´s largest music annual festival that offers varied genres like pop, Bollywood, electronic dance music, techno, fusion and Indie, along with other experimental music. It is held in Aamby Valley City, India, for three days. EVC´s first edition was in 2013. It is the first festival in Asia to be held on an airstrip, introduced to the Indian audiences in 2013. The two day carnival also includes an after party line up with 2 stages and a special ‘Silent Party’. The after party also has a lineup of artists like the main festival. The festival has 5 different stages, each where a specific genre of music is played. Held in December, the festival hosts artists from India and abroad. EVC combines both music and professional adventure sports activities such as all-terrain vehicle riding, bungee jumping, zorbing, rock climbing, rappelling, 4×4 jungle safari, zipline, hot air ballooning and water sports such as speed boats/jet skis, kayaks, pirate ships, tribal boats, pontoon boats, floating volleyball and basketball.

Bangalore Open Air (BOA) is India’s only dedicated Heavy metal open air music festival which takes place yearly in Bangalore, India. The festival has also hosted Wacken Metal Battle’s Indian leg, with the winning band getting an opportunity to play at Wacken Open Air in Germany. India is the 27th Country to participate in the W:O:A Metal Battle which has been organised in the country since 2011. In its latest edition (2019) however, the festival has expanded the hosting of Wacken Metal Battle to other Indian subcontinent countries namely Nepal, Sri Lanka and Bangladesh apart from India.

While there’s a huge uncertainty around when these festivals will be back, but, we can always hope that the day comes sooner, when we can chill and party under the sun once again with our friends!
Let us know below which festival you miss the most!

Nikhil Malla is a Content Creator at Yours Eventfully.

Got any suggestions? Submit it at info@yourseventfully.com.