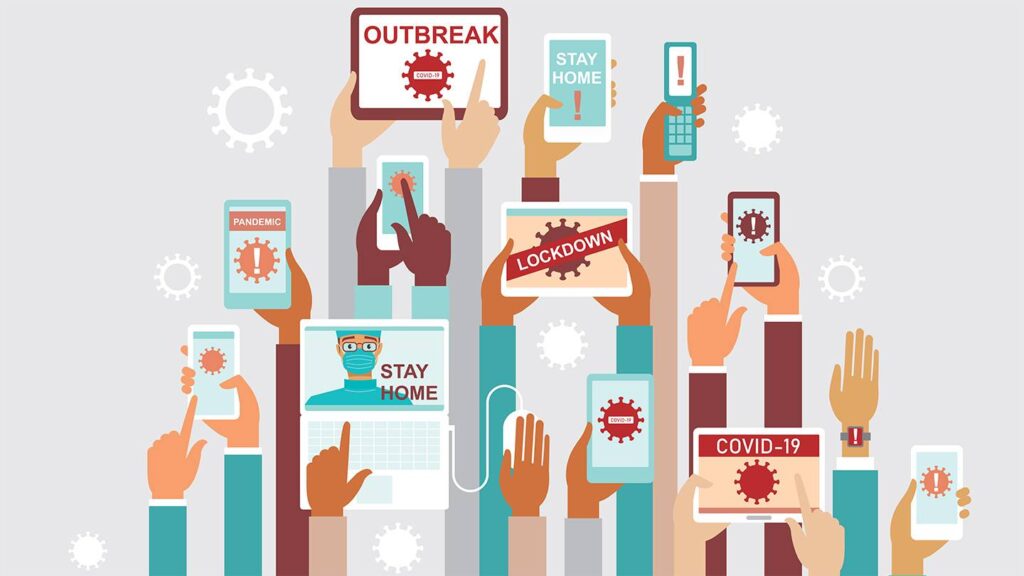 2020.
An amazing number but, the most tricky year for humanity. The year started with a few extinction-level threats of wars, life-destroying fires, terrifying natural disasters, and whatnot. But, that was not it, it was March and the year was just starting…

Seven months into the pandemic and the world has already moved on from the physical meetings and shifted to virtual meetings, be it Zoom, Skype, WhatsApp, every other lobby is buzzing with “Can you hear me?” The whole world shut itself inside, wrapped up in masks, gloves, and sanitizers. Meeting strangers was not fun anymore, morning walks for fresh air became a scary concept and almost everyone moved to work from the safety of their homes.

When the pandemic struck, the industry and the working-class people were affected the most. Businesses were shut down and entertainment was nowhere to be found! Amidst all the chaos, art found its way into our lives through the tiny windows of our phones and computers.

Artists all over the world shifted to digital media. Everything from Music Concerts to Comedy Festivals, Baking Classes to Tambola, happiness had a tiny URL added to its name. Instagram live exploded, content was flowing throughout in the form of videos, images, reels, and more. NH7 had their live concert on their Instagram with a series of hosts and Musicians from all over the country, watch parties were set in place for Movie releases and Netflix shows. MyScoot hosted different kinds of artists over their platforms, musicians, dancers, culinary experts, and more. IPL Matches are held in empty stadiums with viewers enjoying the matches from the comfort and safety of their homes. Even Lakme hosted their entire fashion week online. All About Music conference and EEMA sessions were held on Zoom and streamed on Facebook and other mediums. BookMyShow and more such platforms also saw an increase in their online viewership.

While everyone adjusted to the new normal, the entertainment industry also did the same but, with everyone trying to find their place over the internet, most of them weren’t able to find resources to make ends meet. Even with paid online shows, the digital world soon saw a drop in the views, likes, and shares. But on the other hand, there was a short rise in the number of live entertainment shows, with smaller setups but, a promising future.

The year might’ve started as an eerie psychological thriller, but, with the collective efforts, we’ve managed to turn the tables and make things better in times of adversity.

Now with the new normal, the offices, restaurants, cafes, clubs, and almost all forms of work & entertainment opening up, Will the world still stick to the digital media? Will digital be the new normal? Or will we go back to our old ways?

Can there be a balance between the two?

Nikhil Malla is a Content Creator at Yours Eventfully.
Got any suggestions? Submit it at info@yourseventfully.com.